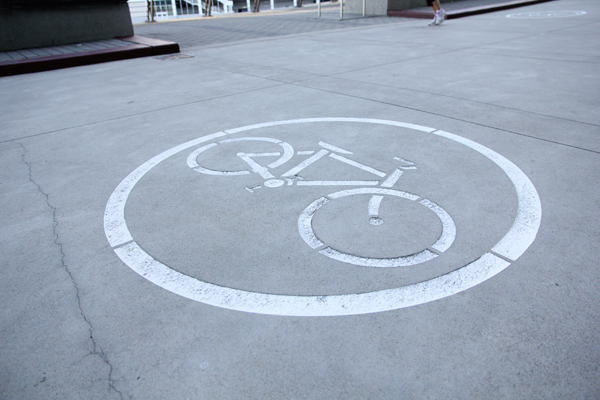 Bike signage chiseled into concrete along the route of Vancouver Convention Centre. It’s on there for good.

If you are ever heading to Vancouver to bike, you should never skip the Seaside Bicycle Route. It is the best way to see the beauties of Vancouver and it will take you to many tourist attractions such as the new Vancouver Convention Centre, Stanley Park, English Bay and Granville Island. The route also takes you through local towns such as Coal Harbor, West End, Yaletown and Kitsilano. It is 15 miles or 24 km long, separated far away from noisy cars and next to the shore the entire way through.

However, on some sections of the Seaside Bicycle Route bicyclists have to share it with pedestrians (better than sharing it with motorists though). Because there are so many interesting and breathtaking sites to see, it may take the whole day, so you may want to separate the trip into a couple of days which we did.

The blue line indicates the Seaside Bicycle Route which is 15 miles/24 km long.

If anything, you must not skip riding on the seawall of Stanley Park (see video above). It’s spectacularly wonderful! There are a lot of bike rentals in the area if you need to rent a bike.

An Aquabus ferry that accepts bicycles. Look for that big bicycle sign.

The popular Olympic symbol for 2012.

Canadians biking near the English Bay. 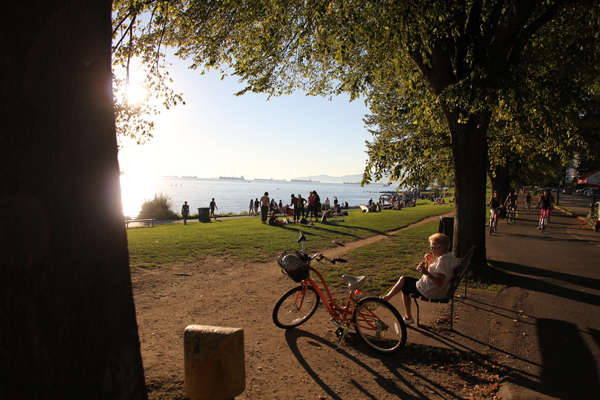 What a beautiful day!

Sunsetting on the English Bay. 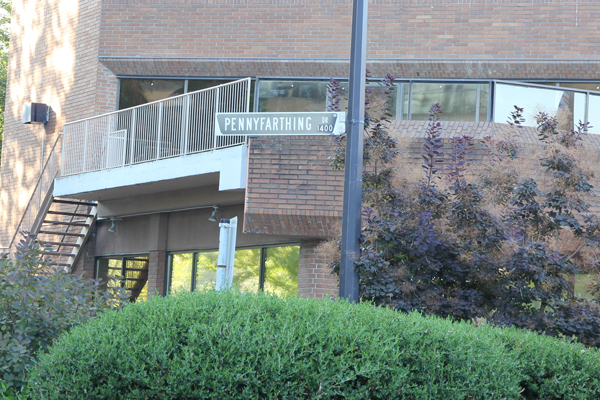 Pretty cool that a street is named Penny Farthing!

Interesting park at a contemporary neighborhood of False Creek. 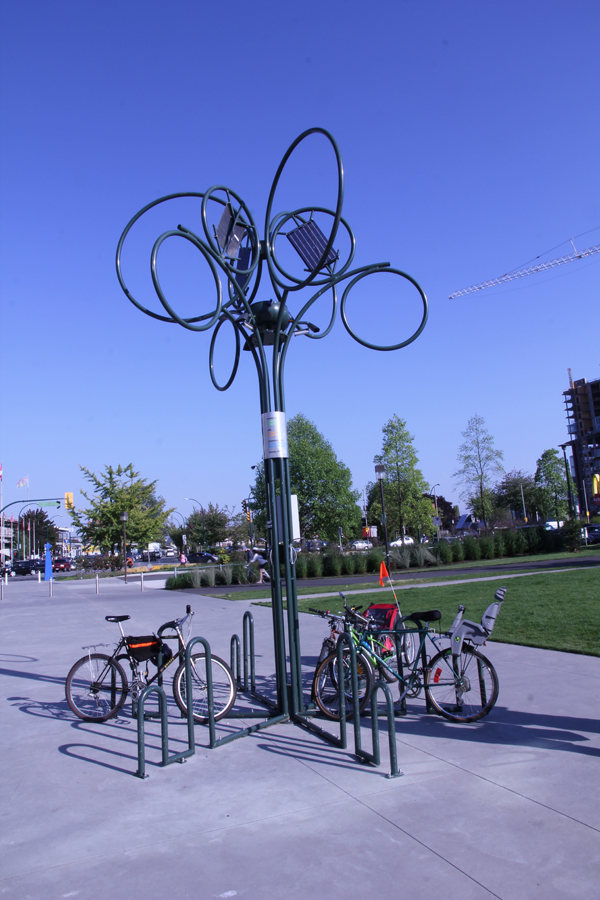 Located outside of the Science World museum, this bike rack is powered by solar panel. 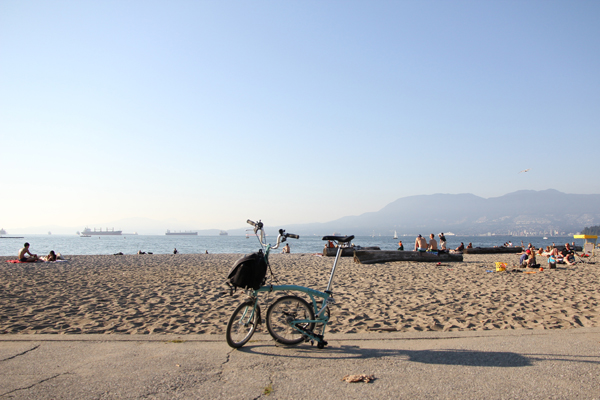 My Brompton is sunbathing on Kitsilano Beach.

After a nice ride, you have to go this place that serves delicious Belgian waffles. It is called Nero Belgian Waffle Bar, located in the West End neighborhood. 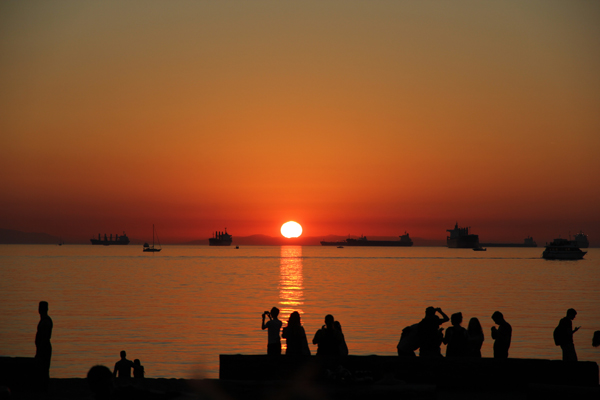 Farewell Vancouver! Till next time.